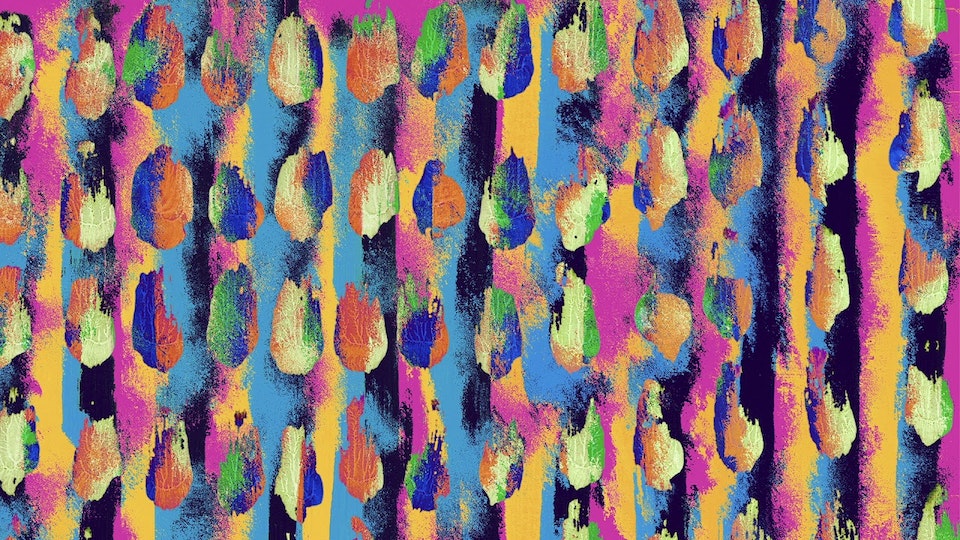 Another year, another admission of not listening to enough long players in their entirety. You don't need to hear my excuses, so how about we just getting on with foisting praise upon those albums I have given some of my precious time.

I'm going to dispense with the usual list format this time round, as nothing really grabbed me from start to finish enough to feel like it deserved a number one spot. So here, in roughly genre-grouped order, are the albums that did maintain most of my attention this year...

Let's start with a recent recommendation. I try to write down and act upon anything suggested to by people I know and trust, so was not looking forward to reporting back to said recommender that 10 minutes of sampling Sturgill Simpson had not rid me of a distaste for country music.

Thankfully, he responded that it was the Kentucky native's new album 'Sound and Fury' that I needed to get my ears around. After letting it soundtrack an afternoon of transcription, faith in my friend's judgement was restored - this is a heady blend of Queens of the Stone Age scuzzy rock, LCD Soundsystem mutant disco and Simpon's apparent love of psychedelics.

I wasn't that turned on by much other guitar-based music in 2019, depsite making an effort to listen to the new releases from some of my favourite bands. The Raconteurs' return was most welcome, if not particualrly groundbreaking; the same could broadly be said for the Black Keys' ninth studio session; and staying in the US, there was a lot to take in with 'Father of the Bride' by Vampire Weekend, although most of it was fairly forgettable.

On this side of the Atlantic, I have a lot of love for both Foals and Metronomy, but just wasn't feeling their latest works - nothing on either album having the brilliant catchiness of previous songs.

In terms of pop music, super producer Mark Ronson worked his magic again, although I'm less partial to his 'sad bangers' than previous genre plundering. Meanwhile, Beck hired Pharrell Williams to help co-write and co-produce much of his 14th album, with predictably pleasing results - I also loved his collaboration with Cage the Elephant on 'Night Running'.

While definitely not pop, Flying Lotus now has the industry cache to be able to get David Lynch, George Clinton, Solange, Anderson Paak, Thundercat and Toro Y Moi to contribute to his new one 'Flamagra'. Given that line-up, this was an understandably diverse listen, with enough highlights to make up for some of the jazz-wank-ery.

Turns out Blockhead was my most-listened-to artist on Spotify this year, which kind of makes sense, given that he had two long-players out; both of which are the kind of mostly-wordless background music which is perfect for headphones-on bursts of hard work. That sounds like I'm damning with faint praise, but I really enjoyed 'Free Sweatpants' and 'Bubble Bath' and will take every opportunity I can to talk Tony Simon up as one of my favourite beatmakers.

Given the animus between Guru and DJ Premier before his death, I had given up any hope of hearing anything good coming from the rhymes he had entrused to DJ Solar. So what a pleasant surprise when it was revealed the final Gang Starr album would be a collaboration between the original duo, with a generally well-selected bunch of guest MCs. Obviously it's not all vintage stuff, but there's enough golden age nostalgia present to keep the heads happy.

Moving onto less well defined areas of music, one of my favourite records this year was Shlohmo's 'The End'. Not to be confused with beatboxer Shlomo, this one's an LA-based producer, who somehow forced his way into my conciousness in the spring. I'm glad he did, because this is just woozy, lo-fi loveliness. As he describes: “The album is vaguely about the end of the world, but from the viewpoint of smoking on the couch during the extinction event, reading a nice book while the meteor hits."

To steal a choice line from Pitchfork's review, DJ Jenifa is to Gold Panda what Daphni is to Caribou - an opportunity for a usually more downtempo artist to craft some tracks designed for the dancefloor. This first outing under the new moniker sees Derwin Dicker using his sampler to recreate lots of loopy little homage's to Chicago house, NYC disco and shiny garage.

Another great recommendation this year came from a workmate more frequently in nightclubs than I. Having said that, this album is more suited to the home-clubber, fitting into that groove made by the likes of Bonobo and Four Tet in recent years. O'Flynn's debut 'Aletheia' takes liberal inspiration from African rhythms and chants, but rather than coming off as cack-handed world music, he weaves them deftly into a range of disco and downtempo drums and instrumentation.

You've got to love Kenny Dixon Junior, AKA Moodymann. At the same time as this year's Movement festival in Detroit, he hosted a barbecue in his neighbourhood, selling the double-pack 'Sinner' for $10. Aside from being a delightful two fingers at the current state of online music sales and promotion, it's another fine piece of work by the illusive Motor City boss.

I also thoroughly enjoyed the return of Floating Points, who followed his 2015 debut - the more ambient and contemplative 'Elaenia' - with this more club-ready 'Crush' on Ninja Tune. Whereas the predecessor fermented over five years, this one apparently took just five weeks, something which comes through in cuts like the rabble rousing 'LesAlpx'.

After having to cancel Simian Mobile Disco’s American tour last year due to being diagnosed with the rare disease amyloidosis, the outlook was uncertain for one half of the duo Jas Shaw, but he’s had quite a remarkable return this year.

Appearing to have used music as part of his therapy, he welcomed people into his home studio, like Gold Panda - their Selling combination being a late 2018 highlight - and worked on the 'Exquisite Cops' project from the spring onwards. This built into an eclectic collection of 10 two-track singles, demonstrating just how much we should value his continued presence in the industry.

At risk of repeating myself with someone I've interviewed/reviwed/listified for almost a decade, Max Cooper's latest, 'Yearning for the Infinite' is a beautifully intricate epic, multi-layered with melody and complex drum patterns. A completely different genre, but this album shares a lot with Blockhead's lyric-less work, in that it's perfect for either losing yourself to whilst looking out the window on a long journey, or for fuelling stints of intense concentration on otherwise tedious tasks.

On a similar tip, I also really enjoyed the trendy trance debut of Sam Barker's 'Utility'. An album to dissolve into like a warm bath, especially when contrasted against the cold industrial vibes of the current polarisation of techno, between a minimal resurgence and the increasingly tiresome big room sound.

I've written before about the law of diminishing returns when it comes to the big dance acts of the nineties, and it seems The Chemical Brothers are the only one of the old pack still trying to prove me wrong. On their ninth full length release, 'No Geography', Ed and Tom have specifically tried to recapture past glories, apparently using many of their old machines again.

There are glimpses of squelchy 303s and private psychedelic reels later on in the record, but for my money, the best songs are front loaded - particularly the No Geography/Got to Keep On/Gravity Drops/The Universe Sent Me sequence - full of modern elements and youthful exuberance. If I do make it along to a fifth Chems gig I'll still be hoping to hear the oldies, but wouldn't be to dismayed to get an earful of these in-between.

Last, but most definitely not least, is the one of the busiest men in dance music; Paul Woolford. Disregarding his Positiva-friendly cheese puff 'You Already Know', under his Special Request guise he stuck out three top-drawer albums across 2019. Between the 'Bedroom Tapes', 'Offworld' and 'VORTEX', I loved the latter the most, as it evoked the best of old school jungle and hardcore, without ever resorting to lazy rave pastiche. It was also lovely to hear him turn radio jock as part of a really strong line-up on Radio 1's Residency this year.

As per usual, I'll finish with a few of my favourite mixes this year; both released compilations and streaming sets.

Fabric finally rectified the fact that Bonobo hadn't been given one of its hundred mix CDs by letting him compile the first of its new 'Presents' series. He whacked on a few exclusive cuts, some then-unreleased stuff from DJ Seinfeld, Barakas and Durante, along with crackers from Throwing Snow and Âme; all layered with that self-assured sheen that characterises his productions.

Carl Craig's fruity philosophy on Twitter has been quite a sight to see this year, but thankfully he's still bringing the heat music-wise; as demonstrated on the second 'Detroit Love' comp for Planet E. This was techno the way I like it - pumping', propulsive and straight from the source.

I also loved Eris Drew’s 'Raving Disco Breaks Vol. 1', where she uses old records to create a new style out of fragments; many of which featured heavily in her b2b sets with Octo Octa. "What does a rave at the disco sound like? Kinda like everyone took ecstasy at the roller rink," read the release.

2019 was also a year of anniversaries for several electronic music institutions. The venerable institution Warp Records took over NTS Radio for a weekend of weird and wonderful music (see insane guestlist below) amid which an airing for Boards of Canada's old Peel Session was a highlight for me.

Also an amazing 30 years deep was the brilliant Solid Steel weekly radio show, which went out on a high with an incredible line-up of legends old and new - the DK mix being a great Ninja Tune overview. Thankfully, soon after, the the world’s longest running mix series returned with a two-hour mix from Ben UFO. While we're on the subjects of UFOs and landmark birthdays, the Boiler Room turns 10 soon, and arguably their best set this year came from Ben at Dekmantel.

Clocking in at a respectable 25 years old, my favourite party starters Bugged Out chose RinseFM to be the temporary home of their fine roster of talent - I particularly enjoyed sets from old stalwarts Justin Robertson and Jon Carter.

Despite having some of the worst radio DJ patter I've ever heard, fair play to Tim Sweeney for cracking 1,000 shows on WNYU. The thousandth Beats in Space was a tad sycophantic, but there were some brilliant mixes elsewhere this year - my favourites being Kornel Kovacs, Midland and Eclair Fifi.

The Essential Mix wasn't quite as essential than in previous years, but this one from The Chemical Brothers and this one from Luke Slater really banged.

A couple of final shouts before I sign off then - one for the don Erol Alkan for continuing to upload amazing vintage sets on his Mixcloud account, and two for whoever recommended me the film 120 Beats Per Minute, with its heartbreaking/heartsoaring soundtrack courtesy of Arnaud Rebotini.